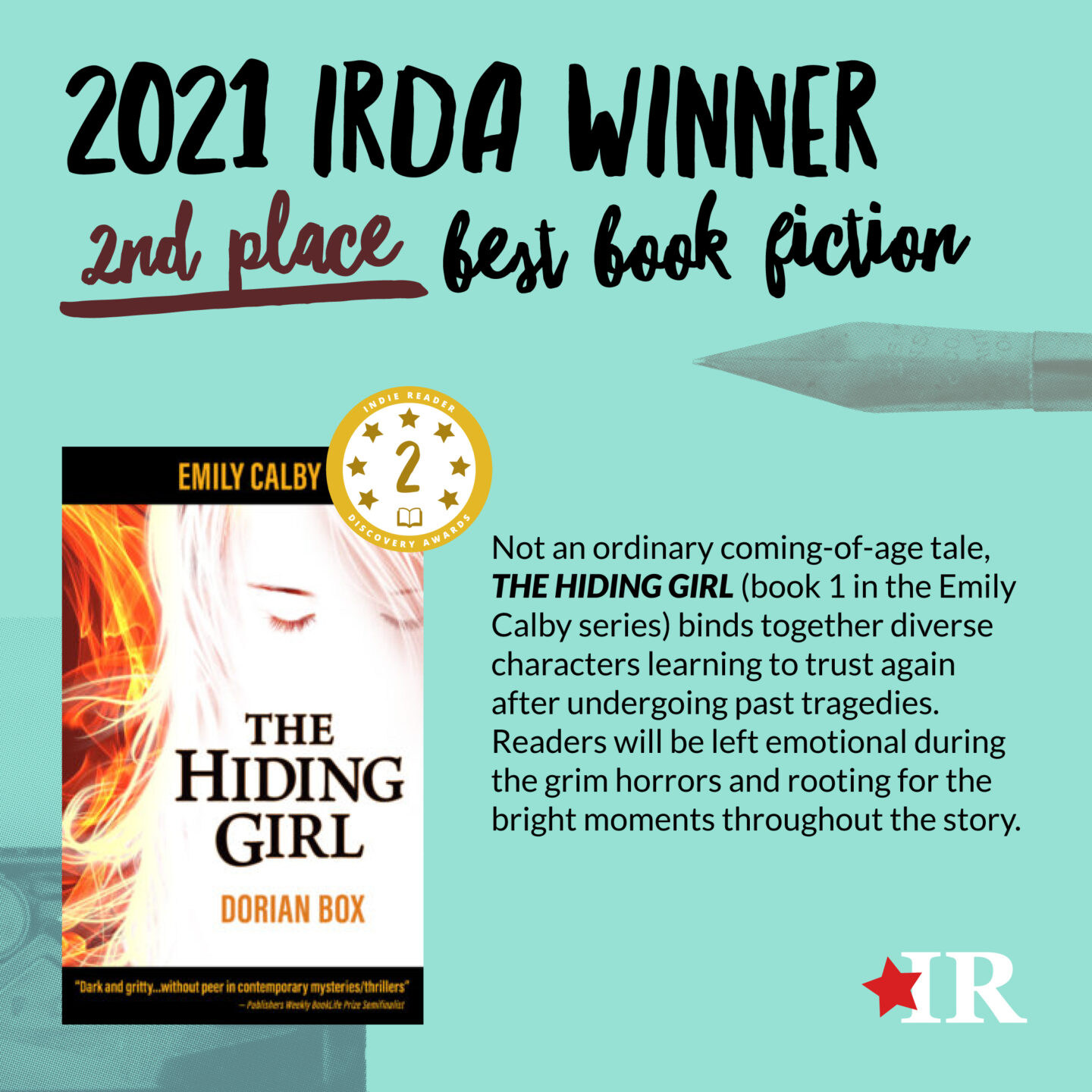 IR Rating:
5.0
The story that author Dorian Box has created for Emily Calby is nothing short of thrilling, but it’s THE HIDING GIRL’s masterful interplay of character, setting, and theme, along with its fast-pace and high emotional stakes that makes it a real page-turner.

Twelve-year-old Emily Calby barely survived her family’s murder. She wants revenge, but she also needs to stay ahead of the cops and criminals trying to find her. Then she meets Lucas and Kiona, two hardened street fighters that take her under their wing. With their help, she might be able to find the strength she needs to take down the two men that destroyed her life.

THE HIDING GIRL’s main character, Emily, is a sharp kid. Even before the death of her family, she’s clever and suspicious of strangers. She’s not only a great liar, she’s also good at knowing when she’s being lied to. She thinks ahead and is a true “warrior and survivor”. But despite her budding street smarts, Emily is also overwhelmed by anger and grief. She’s practical, but emotionally driven. She feels split into pieces (“calm girl”, “scary girl”, “hiding girl”). Her strong personality is hindered by inner turmoil, which makes her easy to admire and empathize with.

Emily’s progression as a character is set to a colorful cultural background. When “skinny white girl” Emily meets black former gang member Lucas, she discovers a whole new aspect of surviving on the streets. She learns more than just the dap (what she calls “the black handshake”) on the streets of South Memphis. Her experiences with poverty and crime are a constant source of character growth and plot development. THE HIDING GIRL’s use of race, setting, and characterization are intricately entwined and make for a rich, complex story.

When it comes to violence, THE HIDING GIRL doesn’t pull its punches. Emily’s life on the street is filled with knives, guns, and near death experiences—but THE HIDING GIRL isn’t needlessly graphic. Its bloody scenes are balanced out by depictions of extraordinary kindness and strength of will. Lucas (and his personal trainer girlfriend, Kiona) teach Emily valuable lessons about emotional resilience, justice and revenge, and the power of self. At its heart, Emily’s story is about the process of overcoming trauma and finding family—themes that will resonate with readers of all demographics.

The story that author Dorian Box has created for Emily Calby is nothing short of thrilling, but it’s THE HIDING GIRL’s masterful interplay of character, setting, and theme, along with its fast-pace and high emotional stakes that makes it a real page-turner.

Not an ordinary coming-of-age tale, THE HIDING GIRL (book 1 in the Emily Calby series) binds together diverse characters learning to trust again after undergoing past tragedies. Author Dorian Box wonderfully weaves together realistic dialogue with detailed descriptions that will leave readers emotional during the grim horrors and rooting for the bright moments throughout the story. 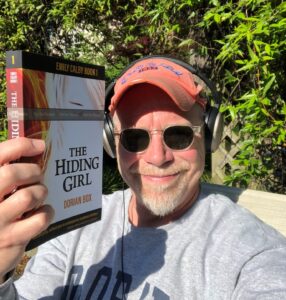 THE HIDING GIRL is a 2021 Discovery Awards winner in the Fiction category.