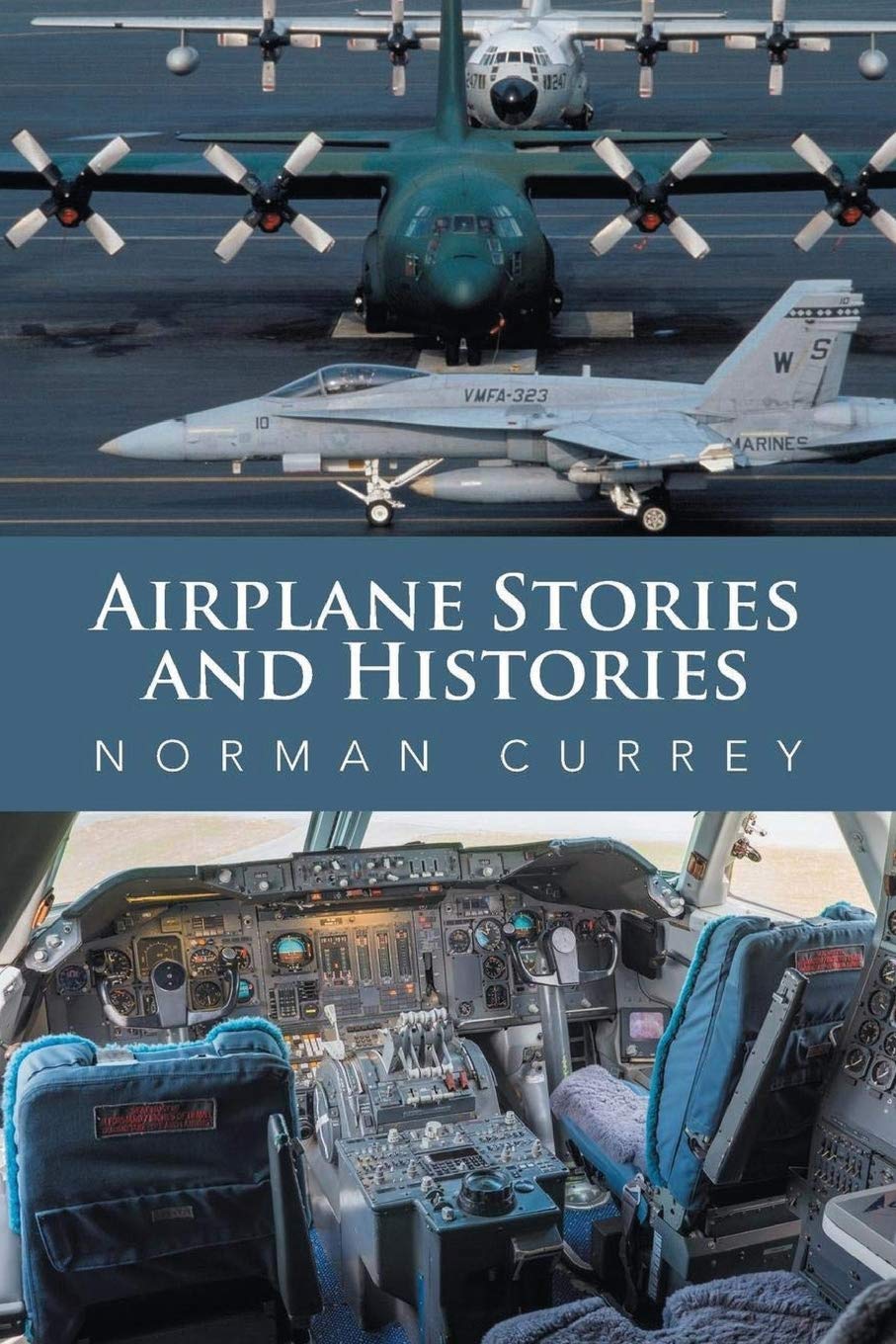 Buy on Amazon Buy on BookShop.org

IR Rating:
3.9
Informed by a lifetime of first-hand experience, Norman Currey’s AIRPLANE STORIES AND HISTORIES provides readers a brief glimpse into the history of modern aviation, making for a worthwhile addition to any aviation buff’s collection.

History
AIRPLANE STORIES AND HISTORIES provides a meticulously researched, anecdote-driven account of some of modern aviation’s most pivotal moments.

Humanity spent eons looking up to the sky in envy, that is, until 9th-century engineer Abbas Ibn Firnas became the first person to taste the air ‘up there,’ albeit with the aid of a silk glider that ultimately left him injured. It would eventually take another thousand years for someone to develop a mechanical solution to the ‘gravity’ problem. Norman Currey’s AIRPLANE STORIES AND HISTORIES—a meticulously researched, anecdote-driven account of modern aviation, complete with dozens of pictures and loads of technical information—explores the deluge of innovation that characterized the first century of air travel.

Currey’s aviation career began back in 1941 when he joined the British Air Training Corps. The decision sparked a lifelong association with the industry, complete with a thirty-year stint at none other than Lockheed where he worked in R&D. Culled from Currey’s files, the stories presented in AIRPLANE STORIES AND HISTORIES are, according to the U.K.-based author, “…a collection of interesting, and sometimes unusual accounts/events in aviation.”

Beginning with a look at Sir George Cayley, the ‘true’ inventor of the airplane, Currey opens the book by giving a chronological overview on the birth of modern aviation, touching on everything from the Wright Brothers’ famous flight at Kitty Hawk to the massive leaps in design and ingenuity that took place during the first and second world wars and the birth of commercial air-travel that would soon follow.

From there, Currey shifts gears away from the ‘history’ of the airplane and dives into ‘stories’ culled from the annals from history. Many readers will recognize the names Lindbergh, Post, and Earheart, but of particular interest is the section devoted to Lockheed’s running Skunk Works program, from which Currey’s personal experience provides invaluable insight. Currey even concludes his text with a thoughtful, optimistic look toward the future of aviation.

Unfortunately, for all of its strengths, AIRPLANE STORIES AND HISTORIES suffers a bit from a lack of focus. With a large percentage of pages devoted to captioned photos, the text is far too brief to be utilized as any sort of comprehensive reference. And while the ‘stories’ section is interesting, there seems to be a disproportionate amount of time devoted to the makes and models of planes as opposed to the people who flew them. Adding to the overall length of each section would work wonders in this regard, but as it stands, the book feels incomplete—here’s hoping for a second volume.

Content gripes notwithstanding, what shines through here is Currey’s lifelong passion for all things aviation. While AIRPLANE STORIES AND HISTORIES offers a bevy of names, dates, and technical jargon, Currey’s conversational tone and in-depth knowledge make for an ‘easy’ read throughout.

Informed by a lifetime of first-hand experience, Norman Currey’s AIRPLANE STORIES AND HISTORIES provides readers a brief glimpse into the history of modern aviation, making for a worthwhile addition to any aviation buff’s collection.