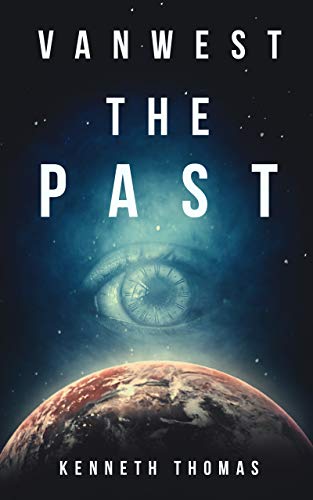 Advice from IR Approved Author Kenneth Thomas: “Give yourself time to launch well…get time off the month before and after releasing your book.” 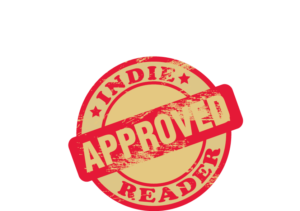 VanWest The Past received a 4+ star review, making it an IndieReader Approved title.

The exponential growth of long-distance space travel at the beginning of the 22nd century caused Earth’s health to decline and its population to plummet.

The Past is the first book in the VanWest series, a fast-paced thriller about an Enforcer who lives in a dystopian Earth of the year 3000 and works for an authoritarian ruler called the Universal Council. Tasked with travelling through time to stop a renegade sect, that seeks to change Earth’s past, he comes to learn about his dark origins and his unique ability. Falling in love with the daughter of its leader, Mad Newton, he returns to the present to face a difficult choice, whether or not to save her. And be part of the New Beginning. VanWest is a multi-genre book series with plenty for those who like to read historical fiction, dystopia, time-travel and science fiction.

A subtle theme throughout the book is green issues and how technology affects our world. The Past gives a realistic look at how our future world could turn out, with most of Earth becoming inhabitable, famines reducing its population and larger inequalities between the rich (the Elites) and poor (the citizens).

Someone who wants to enjoy a fast-paced, smart science fiction adventure that can be read in a few days. Escapism that takes you from a futuristic Earth of 3000 on an exciting ride through time to 1950s Paris and then 1990s Florida, and back again.

The titular character VanWest is relatable, he has an extraordinary psychic ability and is a top Enforcer but he is a character most people can relate to and end up rooting for. He has to navigate an uncertain world, and the ambiguities between right and wrong, with many trying to use him to pursue their own agendas.

I’ll leave that one open, there are so many great actors, someone smart, strong and funny would be ideal.

Many years ago, I have always wanted to embrace a creative side and try to bring exciting stories to audiences. Writing novels is a great way to do this. 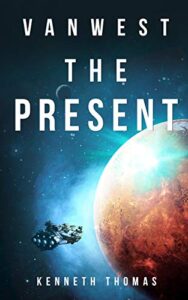 Yes, it is. The second book in the series, VanWest The Present, is out at the end of July 2020.

I’m currently a business growth and analytics Lead for a multinational company, one day I would like to become a full-time writer and producer.

It varies with work pressures, I started 8 years ago with outlining much of my first book, during the last year I got more time and finished it.

The best part is deciding your own schedule, publishing when you have the time and energy. The worse part is navigating a lot of the items by yourself, from formatting to marketing. Overall, it’s a great experience that requires a lot of time and effort.

Give yourself time to launch well, if possible get time off the month before and after releasing your book.

If the right one came along, yes. However, if someone comes calling to offer a 10% royalty with no marketing and energy to build its success, I will not be interested. Indie publishing gives you the freedom to publish when and how you want to.

The ambition to be a full-time writer and get out of the company rat-race. Personally, I feel writing makes me a more well-rounded person. It’s something creative that I can make and enjoy.

There are so many, it’s a long list. Suzanne Collins (The Hunger Games) would be up there, we write in a similar style – in the present for fast-paced dystopian, action books.

Westworld written and directed by Michael Crichton, it is my favourite science fiction concept of all time. It still feels fresh so many decades later.