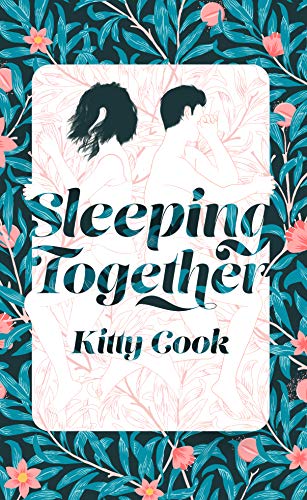 IRDA Author Kitty Cook: “I learned everything I know about being an indie from Instagram.”

Sleeping Together was the winner in the Romance category of the 2019 IndieReader Discovery Awards, where undiscovered talent meets people with the power to make a difference.

To combat the stress of her Millennial life, Vanessa Brown steals experimental sleeping pills from work—and accidentally starts a mind-meld love affair with her coworker in their shared dreams. (Awkward.) With heavy doses of magical realism and modern snark, this feisty, unexpected romance explores the dark side of dreams’ coming true.

When the MeToo Movement started gaining media coverage, I ended up arguing a lot with the guys in my life because they didn’t get what the feminist fuss was about. It’s not that they were cruel or uncaring: they just literally could not grasp it at the time. I thought, “Wouldn’t it be amazing if you could take a pill and understand what it was like to be someone else?” That’s how I got the idea to explore this concept of freaky, drug-induced empathy across genders—and how it would affect relationships, both with others and with yourself.

What’s the most distinctive thing about the main character? Who-real or fictional-would you say the character reminds you of?

Women have a lot of pressure in society (and in literature) to be likeable, but Ness isn’t. She’s an emotionally unstable drug addict who’s mentally cheating on her husband, and I get that’s hard to warm up to. But readers tell me that she’s also deeply relatable. I wanted to create a female character that was flawed and selfish but that you could still root for, and I hope I succeeded. Ness reminds me a little bit of Daisy Buchanan in The Great Gatsby. I hated Daisy when I read her in high school because she comes off as heartless. Now that I am older, I see that having two men to choose from is not the same as having a ton of options. Ness is limited in the same way.

Is this the first you’ve written?

This is my first novel. I spent ten years working on a super charming travel memoir that went through two agents and didn’t sell. I got sick of waiting for someone else to tell me my work was worthy and entered the indie scene.

I work in Seattle for one of those corporations–and I’m also employed by my kids as a personal assistant.

Not as much as I’d like. If I get an hour in a day, I consider that a triumph. I write a lot on my lunch breaks.

Best part: Getting to do everything myself and feeling really proud when it all pays off.

Hardest part: Having to do everything myself and feeling really defeated when it doesn’t pay off.

I learned everything I know about being an indie from Instagram.

It would depend on the publisher. Ideally, I’d love to be a successful-ish indie author all on my own, but the marketing/PR stuff is infinitely time consuming. Having someone with connections to do it for me would tempt me to cross over.

Is there something in particular that motivates you?

It’s cheesy, but my kids motivate me to follow my weenie dreams of literary glory. I want to prove to them that dreams can come true—even if the novel I prove it with is all about the kinds of dreams you shouldn’t pursue. (My bad.)

Pearl Buck is a total feminist icon: she won the Nobel prize in literature for (my favorite book) The Good Earth in 1938, spent most of her life living in Asia, became an advocate for women’s rights and mixed-race adoption, and survived some truly harrowing war-time stuff. My hope is to be half as cool with none of the war.

Fahrenheit 451. It’s a book about books! The sci-fi is thrilling, the voice is stylish, there are some truly heartbreaking lines and there’s a killer robot dog. What more do you want?

PrevLast PostAdvice from IRDA Winning Author Mike Mizrahi: “Keep writing, even when it feels like nobody is reading.”
Next PostWhy Street Teams, Super Fans, and Micro Influencers are Book Marketing GoldNext