Randal Eldon Greene: What motivates me is my love of books. I just love well-written stories. And I want to add to that.

Descriptions of Heaven received a 4+ star review, making it an IndieReader Approved title.

They crashed through the reeds, and they left deep ruts cut into the soft and mossy earth there on the banks of the New Bedford Lake.

A linguist, a lake monster, and the looming shadow of death—in a house full of hidden passageways, a wife and mother is diagnosed with cancer. Outside, the air is thick with dust from a worldwide drought that threatens to come down and coat the family’s little corner of green. A lament for what is already lost and what is yet to be lost, Descriptions of Heaven leaves only one question to be asked: What’s next?

I had a terrible bout of insomnia where I just couldn’t sleep. I ended up lying on the couch, watching a marathon of some monster hunter show. In one of the episodes, they talked about how there are hundreds of lakes across the world—not just Loch Ness—that have supposed monsters residing in their depths. That inspired me enough to get off the couch and over to my writing desk where I penned down the last few lines of the book. After that, I collapsed into bed. When I woke up, I had the end of story and just needed to write the rest of it.

I’ve had a lot of reviews come in for the Descriptions of Heaven already, and if any one thing is obvious it’s that the reviewers love the poetic lyricism of the novella. They love the language, the vivid images, it’s rhythm and flow. If you like beautiful writing, you should read this book. 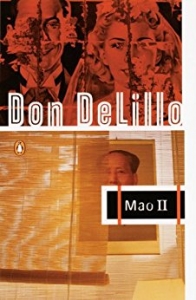 Robert is a linguist, and it’s his words that are the most distinctive thing about him. His vocabulary is learned, to say the least. But he uses his words in such a poetic fashion that their meaning is made clear through emotion (you can pull out a dictionary on a second reading of the book).

Robert reminds me of Bill Gray—Don DeLillo’s melancholic novelist from Mao II. Like Bill, Robert is struggling to write a book, though Robert’s book is non-fiction, and they’re struggling for altogether different reasons. And instead of terrorism, it’s environmentalism that’s an undercurrent of concern for my protagonist. Robert, unlike Bill, has the love of a family and, thus, even more to lose. Yet in their shifting moods, their tones of despair, these two are quite alike. 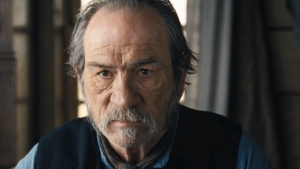 Tommy Lee Jones would make an excellent professor of linguistics. Charlotte Gainsbourg would handle the part of a dying wife and mother with finesse.

I knew—as many of us do—from a young age. It was in first grade that I won my first author’s award. It was for a story I wrote about a mail-carrier penguin. It’s been a life goal since to become a published novelist.

Is this the first you’ve written?

Right now, I work Saturdays and Sundays as a desk clerk at a hotel. When I wrote Descriptions of Heaven, I was working full time at a call center as an efficiency monitor. I also read fiction for Heart and Mind Zine on a volunteer basis.

For a while now I’ve been focused on Descriptions of Heaven—my first book needed my whole attention. Since things have slowed down, I’m writing about four hours a day. I hope to get back to putting in normal six-hour writing days once I cross everything off from my post-publication to-do list.

Is there something in particular that motivates you?

What motivates me is my love of books. I just love them. Love well-written stories. And I want to add to that. I want to make books like those I love. If I ever feel discouraged, I just have to go to my library and start reading the titles on the bookshelves. That’s all I need to get a gush of energy and feel creatively able again.

Don DeLillo. His writing is superb. Not everything he’s written is a masterpiece, but quite a few of his books are. And his works almost always deal with universal issues that are put in contexts particular to our world today. Not only are his themes relevant, but he presents them without a literary soapbox, something more serious writers should strive for. 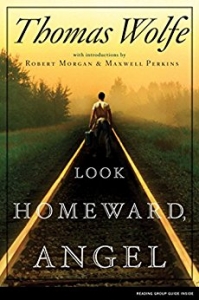 There’s no way I can choose just one, but I think I can narrow it down to three:

Look Homeward, Angel. For the descriptions of food (I could read a book of nothing but!).

Gravity’s Rainbow. If I was more learned in science and history, and had a penchant for paranoid conspiracy theory, I’d try to write this book.

PrevLast PostWalter Harp: I wrote the first pages when I was recovering from my bone marrow transplant; at the time I was looking for distractions
Next PostFred Misurella on his A SUMMER OF GOOD-BYESNext
Close Menu
×