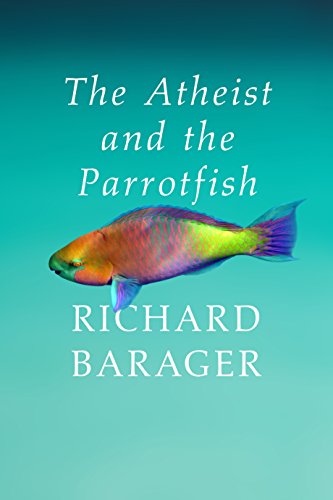 THE ATHEIST AND THE PARROTFISH

IR Rating:
5.0
THE ATHEIST AND THE PARROTFISH offers a thought-provoking story that challenges both one's intellect and one's heart, exploring health and sickness, faith and atheism, and love and betrayal.

THE ATHEIST AND THE PARROTFISH describes the emotional and spiritual journeys of Dr. Cullen Brodie, a nephrologist, and Ennis Willoughby, the transgender patient who receives a heart and kidney transplant.

THE ATHEIST AND THE PARROTFISH describes the emotional and spiritual journeys of Dr. Cullen Brodie, a nephrologist, and Ennis Willoughby, the transgender patient who receives a heart and kidney transplant. Brodie is an atheist, tormented by the memory of the accidental drowning of his girlfriend’s young brother when Brodie was a teen. Willoughby becomes convinced following his transplant that he has received not only his donor’s heart and kidney, but also her soul.

Willoughby is encouraged by his psychiatrist, Dr. Becky Winthrop, to explore his long-hidden desire to cross-dress. He thinks of his feminine side as Elaine, but becomes convinced that Elaine is threatened by the soul of Carla, the woman whose organs he received. Winthrop thinks this delusion is a reflection of his guilt about his desire to dress as a woman and urges him to incorporate his Elaine persona into his life. Willoughby’s persistence, however, leads to his discovery of the identity of his donor and a meeting with the husband and three children she left behind.

Brodie, twice divorced, begins dating Becky Winthrop, considering her youth and vitality as a possible last chance for him to marry again and finally become a father. But one night before a planned date with Becky, Brodie opens a painting sent to him by his former girlfriend, Angie: a painting of her brother just after death, imagined as a Christian martyr. Deeply shaken, he immediately takes a flight to Rarotonga, one of the Cook Islands, where Angie lives. He discovers that coping with the death of her brother has made her sincerely religious, and he pits his logic and skepticism against her convictions.

Barager has created strongly individual and very real characters, and he describes not only their appearances but also their beliefs, habits, and environments. None of them seem stereotypically good or evil, merely human and flawed and suffering, like most humans, from the demons of imperfect parents, questionable decisions, and the tragedies of life. No matter what the reader believes about faith and the afterlife, Barager’s portrayal covers both sides and may leave one questioning one’s own beliefs.

The book is well edited, with minor flaws:  there’s little or no use of the past perfect tense to describe actions that took place before the current action of the book, so that the sentence “Ty turned sixty-eight the previous fall” really should be “Ty had turned sixty-eight the previous fall.” And, though most readers won’t notice this detail, Jane Austen is incorrectly identified as a Romantic in this sentence: “the works of Austen and Byron and the paintings of Delacroix and Delaroche, Romantics all.” Austen was not a Romantic; she is more often classified as being a precursor to modern Realism. These are minor quibbles given a wealth of medical information that, as the author is also a doctor, is quite trustworthy, as well as individual characters and an interesting, well-plotted story. The book is one the reader will long remember and ponder.