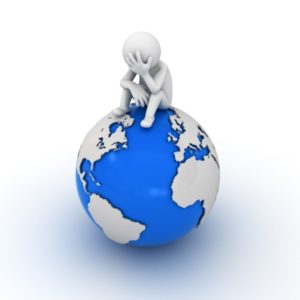 This year has been an absolute roller coaster.

I was all set to take a look back on “the year in books”, when I flashed back to all that was happening while I was sitting around reading. Each book I loved brought me back to a news event. My mind tends to pair things up, I suppose.

Why Me?, The Stovepipe and The Mill River Recluse–-titles dealing with abuse, strength and survival and read in succession–made me think of all the violence towards women and children that made so many headlines this year. There was the despicable Jerry Sandusky, who preyed on young defenseless kids.  Most recently there was the terrible gang rape on a bus in India. The unsuspecting woman; perhaps most disturbing—not yet identified, died of internal injuries and the rapists are being charged with murder. This seems nowhere near a fair trade if they get to live out their sentences. There was the recent headline about the over 100,000 missing persons in the U.S. and those are just the ones that have been reported—many have not. Perhaps the survival stories that we read should serve as a reminder that there is hope for recovery and that, despite the harrowing statistics, many overcome the terror that once was their lives.

Considering that the world was supposed to end this month, there has been a huge influx of apocalyptic tales that have piqued my interest. Having been a huge fan of all things apocalyptic from Mad Max to The Road, I dove eagerly into Wool and was thrilled to see that the stories about an iffy future keep getting better. Soon to be a film, Wool had me forgetting to eat while I read fervently over a long weekend. What a great story! Raised by a horror loving family—and it didn’t matter what form the monsters took as long as they were creepy—I remember yelling from my tree-house: “Soylent Green is People!” to the neighborhood kids. They had no idea what the hell I was talking about and of course went to whisper amongst their Barbies. I stocked the shelf in the clubhouse with Ritz and tucked cans Campbell’s Chicken Noodle under the brick barbecue just in case. Hey you never know.

As television got local these past couple years with reality shows based in my stomping grounds, I couldn’t help but picture familiar faces as I embraced Murder Takes Time and now look forward to A Bullet for Carlos. There are so many mob stories out there, but it takes a ton of research and maybe helps to have grown up around certain stuff to get it right. That said, I will not be writing one and no longer live in New York…for the record. I think that’s all I have to say about it.

Always a fan of voodoo, hoodoo and anything else that involved invoking spirits, I was thrilled to see One Blood win the IRDA for horror. Constantly reminded of growing up creeped out by the movies released this year, (you know the ones where people are attacked and thrown about by invisible beasties) and in love with True Blood despite the entry of a whole lot more creatures to remember in addition to the bloodsucking hotties, I adore a good spirit tale and One Blood is one that I plan to revisit again and again. As for things in the news, it’s interesting. I talk about ghosts all the time and sometimes I wonder if we are even afraid to tell the press what we may know… but didn’t I just read that there are 100,000 plus missing persons. Hmm.

Fast Times in Palestine came immediately to mind as Palestine was finally recognized by the UN this year. A small step, sure… but also huge. The beautiful story provided a glimpse into the lives of a people we don’t usually get to see. In March, this gem will be traditionally published and I know it will carry on the wonderful travelogue turned journalistic memoir that began as one of the first indies I adored. You saw it here first!

Speaking of memoirs I cherish, I can’t forget Barbara Alfaro’s Mirror Talk as it began with a memory of Rockaway Beach. Our beaches will not be the same and once again, connections are sadly linked together as I talked with a student who lost their home in the Rockaways in the hurricane. What the hell Mother Nature? (Just kidding if you actually do read?)

There are so many books about things gone wrong but the one I recall best this year was Balcony View and as a New Yorker I have heard many 9-11 stories and yes it is very close to home. So much so that I will not write about it here. However, I was reminded of all the insanity of an unrecognizable New York again this year with Hurricane Sandy. Hailing from Staten Island, my first thoughts were, of course, of friends and family and my most recent thoughts are basically how to remind people that the damage is not nearly fixed. It took every ounce of courage I could muster to turn on the TV when the power came back, let alone begin sorting out who had lost what. I hope that the amazing spirit of generosity I have seen this year will continue as New York and New Jersey are slowly put back together again.

As a teacher, I found myself actively avoiding the news all year long. Honestly, it does not get any easier when the news seems to be safe and then there on your TV is a breaking story about kids getting killed. First a shooting in a screening of a Batman movie that I know I would’ve taken my own kids to because who doesn’t love Batman? It seems such a simple thing doesn’t it—go to dinner, see a movie and enjoy family time. Not always the case. I think about a great deal of stories that have made me wonder why senseless violence is so prevalent, but I won’t associate an indie book here.

Here I’ll just tell you that it scares the shit out of me to go to work.

Newton, CT is a nice town. In fact, we’ve got friends in surrounding areas and a second degree connection to one of the families that lost their child.

But all of this… in a nice Connecticut town. Not in the projects or in a violent city. As for the teacher in her twenties who saved all her students’ lives only to lose her own? The words haven’t come for that one yet.

Welcome back anxiety as I step onto a train into NYC or drive with fingers crossed through Newark. You know those words from being a kid that roll through your head when bad things happen?

“You never know what other people are thinking” as you are handed a can of mace on a trip to a rave.

“Money doesn’t buy happiness” as you covet the name brand jeans on your classmates.

“It’s not you I’m worried about it’s the other guy” as you get your license to drive.

All of these things kind of make sense to me this year. As I think about all the good things that happened in 2012, I’m glad to have had such advice bestowed upon me, even if it didn’t stick till later on.

Ending this year with a nice holiday season with family: wonderful Christmas Eve in NYC, a nice Christmas Day dinner with parents, celebrating a Baptism where my guy donned his Godfather hat for the second time (for the baby! You never know who is reading between the lines do you?) and looking forward to a brand new year this week I am grateful we have what we do. Friends, family, and the ability to share our stories… I don’t think I need anything else.